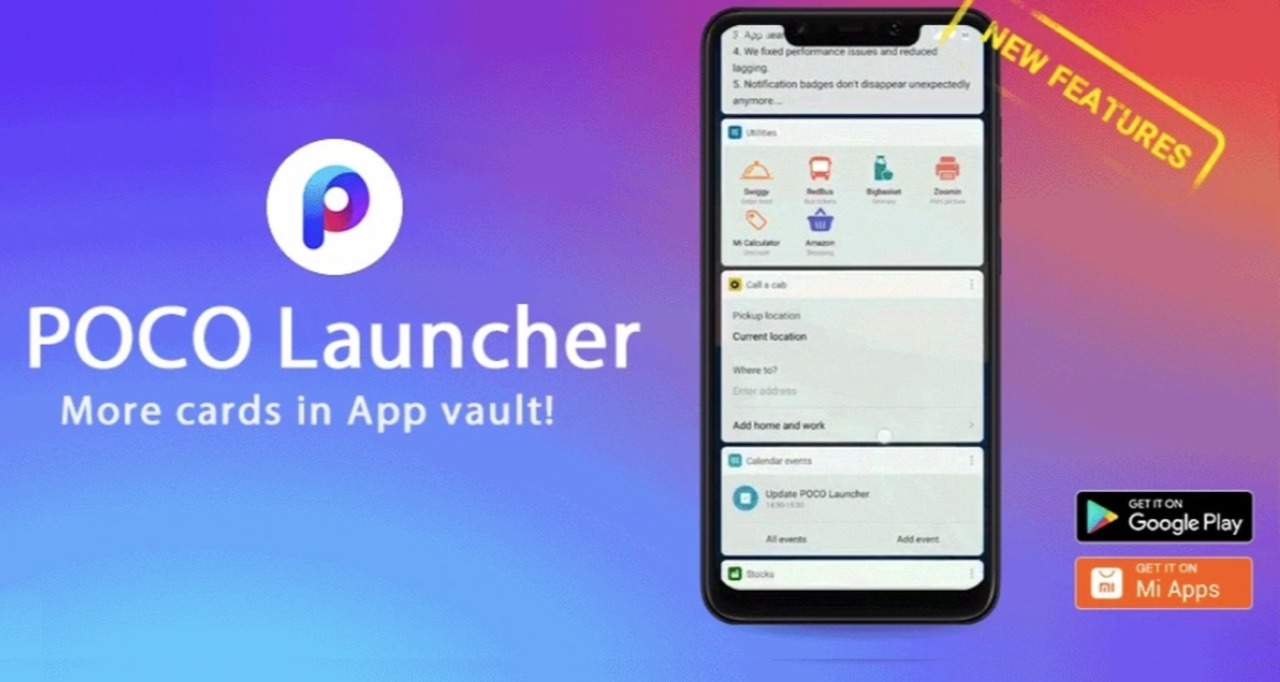 If you are using POCO Launcher, good news because an upgrade is ready for you. The POCO Launcher application is updated to 2.6.4.8. It’s not just for POCO F1 users. Even non-Pocophone F1 users i.e. other Xiaomi and Redmi phone users, you can enjoy the upgrade and try out the new features and more optimized functions. On the one hand, the App Vault is now ready for owners of Redmi / Xiaomi devices. More maps to the App Vault have also been added.

Xiaomi developed the POCO launcher as a new app launcher for Android users. It is light and fast and allows you to change wallpapers, screensavers and other animations to suit your style and preferences.

POCO Launcher Allows customization like resizing app icons and home screen layout. Third party icon packs are also allowed by the launcher. Finding apps can be made easier with icon color categories and app suggestions. The minimalist design shows off a very clean and neat home screen, thanks to the app drawer that keeps apps in place.

As with most launchers, the POCO launcher lets you keep things more private, manage apps, and enjoy speed. The app is getting an update so that it can also be used on other phones that are not POCO F1. This is not a Pocophone F1 exclusive, unlike some people think.

Updated POCO Launcher extends functional support to other phones. The settings look better. On MIUI, you can now double-tap the screen to lock the phone. You can now change the style of notification badges as well, but only if you’re using Android 8.0 Oreo or higher.

# POCOLauncherNews The POCO launcher is upgraded to version 2.6.4.8! Along with many optimized original features, a new feature, App Vault, is introduced to Xiaomi / Redmi phone users. Try it NOW: https://t.co/yhbrp2g4lx pic.twitter.com/BEXgiUB4hy