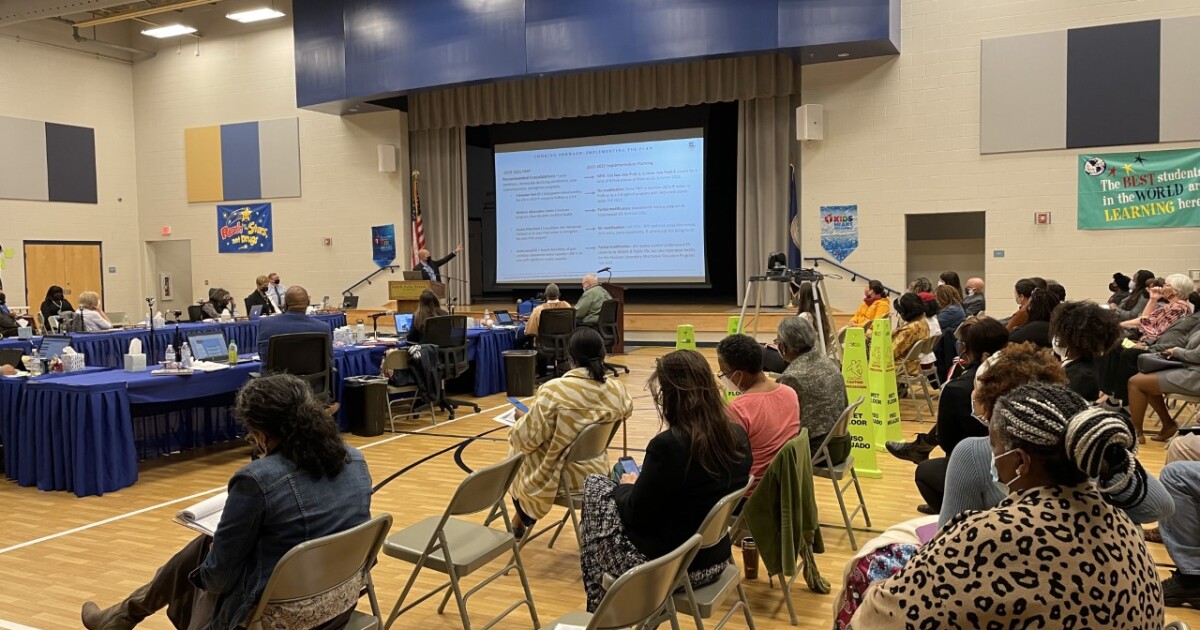 “I had teachers there that I liked,” Watkins said. “It’s a house.”

She and her children who attend the school, many say, are rich in history.

Lindenwood parent Lionel Nunn said the campus was convenient for his daughter to attend kindergarten.

But maybe Nunn’s daughter will go to another school next year.

On Wednesday, Norfolk Public Schools held a public hearing into their facilities master plan involving schools across the district.

The district’s consulting partners, Cooperative Strategies, citing concerns such as poor conditions and the declining environment for recommended consolidations

“We have the highest underutilization, we have undersized schools, we have high rates of parental withdrawal. Something has to give,” Cooperative Strategies partner David Sturtz said at Wednesday’s town hall meeting.

Meanwhile, the Lindenwood facility would be repurposed for Madison’s Secondary Alternative Education Program.

Another school, Tidewater Park Elementary School, would close in the summer of 2023. Students would be consolidated at Ruffner Academy, which would convert to a 3-8 program for the 2023-2024 school year.

People, like John “JP” Paige, have voiced their opinion that Lindenwood Elementary School was part of the plan.

“How much loss must our communities bear before we come together, not just us, but you with us,” Paige said. “You talk about taking a community school out of a community.”

“There are a lot of people out there who want their kids to go to the neighborhood school,” Watkins said at the meeting.

Those like Nunn and Darnehsa Robinson are open to having their children attend different schools.

“Merge students where they come from with another neighborhood, so they can have different kinds of cultures around them [and] so they can get a better education,” Robinson.

As for Watkins, she wants Lindenwood students to stay close to home.

“I just know it’s going to be longer for the kids to get home. A lot of parents walk their kids to school,” Watkins said. “They feel safe with their children closer to them.”

According to the plan, next steps include a March 16 board vote for schools, such as Lindenwood, Madison and Easton Preschool.

Hype or not? Episode 2: RegTech Consolidation