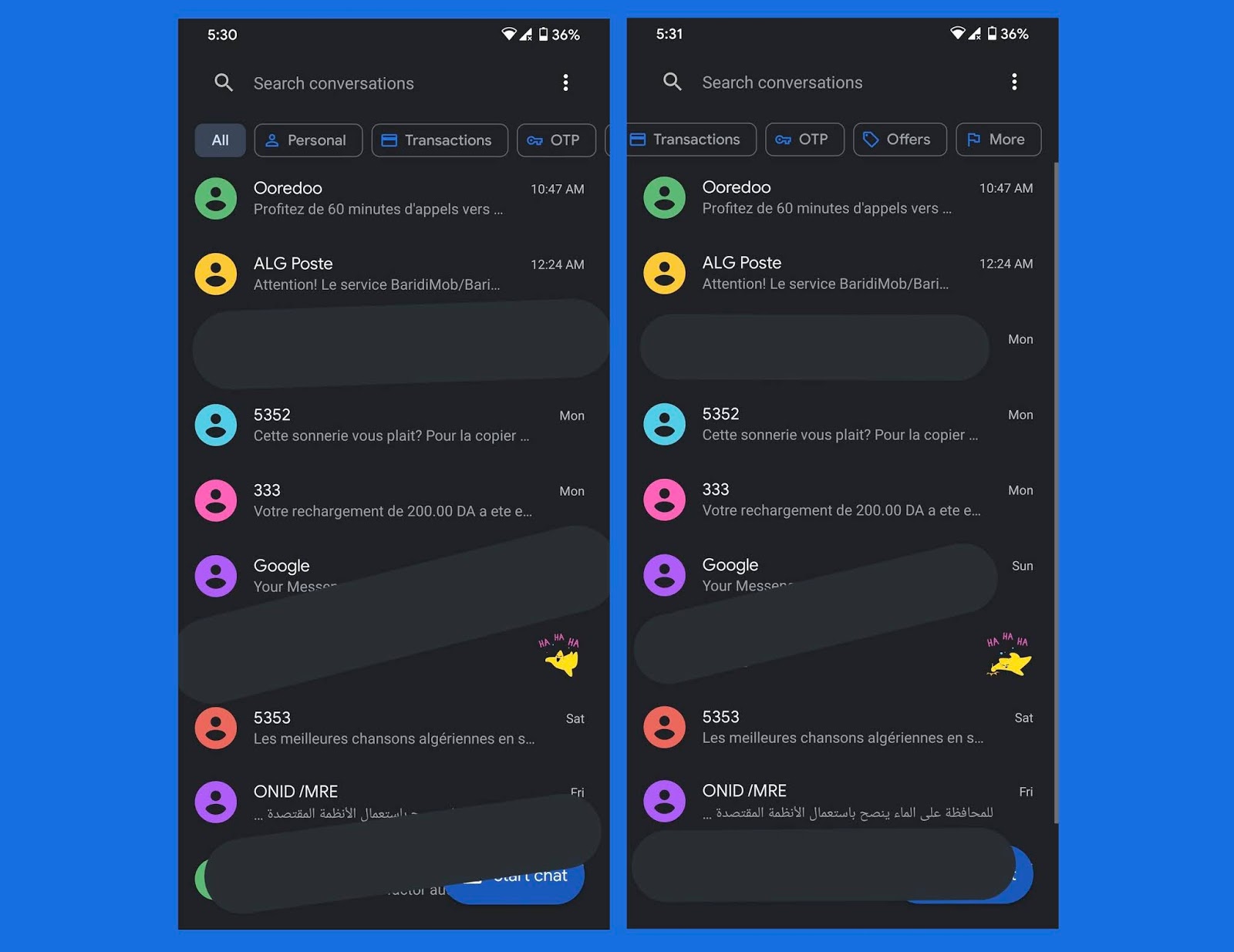 Google Messages is a default app and has proven to be an important tool for people to stay in touch with each other. It includes Rich Communication Services, or RCS for short, which is a new generation replacement for traditional messaging services such as SMS and MMS. Generally speaking, RCS allows users to exchange messages, photos, videos and other forms of media files with other RCS compatible phones or phone numbers over data connections like Wi-Fi.

Without an uninterrupted data connection, RCS will automatically revert to normal SMS / MMS mode. It offers users the benefits of instant messaging and incorporates features like typing indicators, read receipt notifications, etc. It also supports group conversations. So, it’s kind of like a mix of SMS / MMS, WhatsApp and Telegram.

Time and time again, Google brings useful tools to Google Posts, but recently some tweets have started to circulate. Hani Mohamed Bioud, a developer and web designer posted a screenshot that suggests Google is probably working on making the Google Messages app smarter than before. It looks like users will be able to find specific posts in certain specified categories which will help users sort their posts into specific channels.

At the moment, it looks like there will be five categories that users can categorize their posts into. These sections or categories include “Personal”, “Transactions”, “One-Time Passwords (OTP)”, “Offers” and a category for perhaps various messages titled “More”.

This message categorization system will likely be introduced in the next version of Google Messages, along with an additional support feature that will automatically remove OTPs after one day. Both new updates are quite interesting and exciting because a new categorization system will make posts less cluttered and more organized. And the automatic OTP deletion after 24 hours is also a must-have update to keep the message space clean and safe.

It is not known when Google will officially roll out this feature for Google Messages, but you can try this message categorization system on the latest beta of Google Messages. Since Google usually brings server-side updates directly, it’s hard to say whether most people will be able to try it in the beta as well or not.

On the other hand, Alexander Paluzzi reported that Google Messages is also testing a new feature that locks the microphone button while recording, which is probably a good addition for privacy-conscious users.